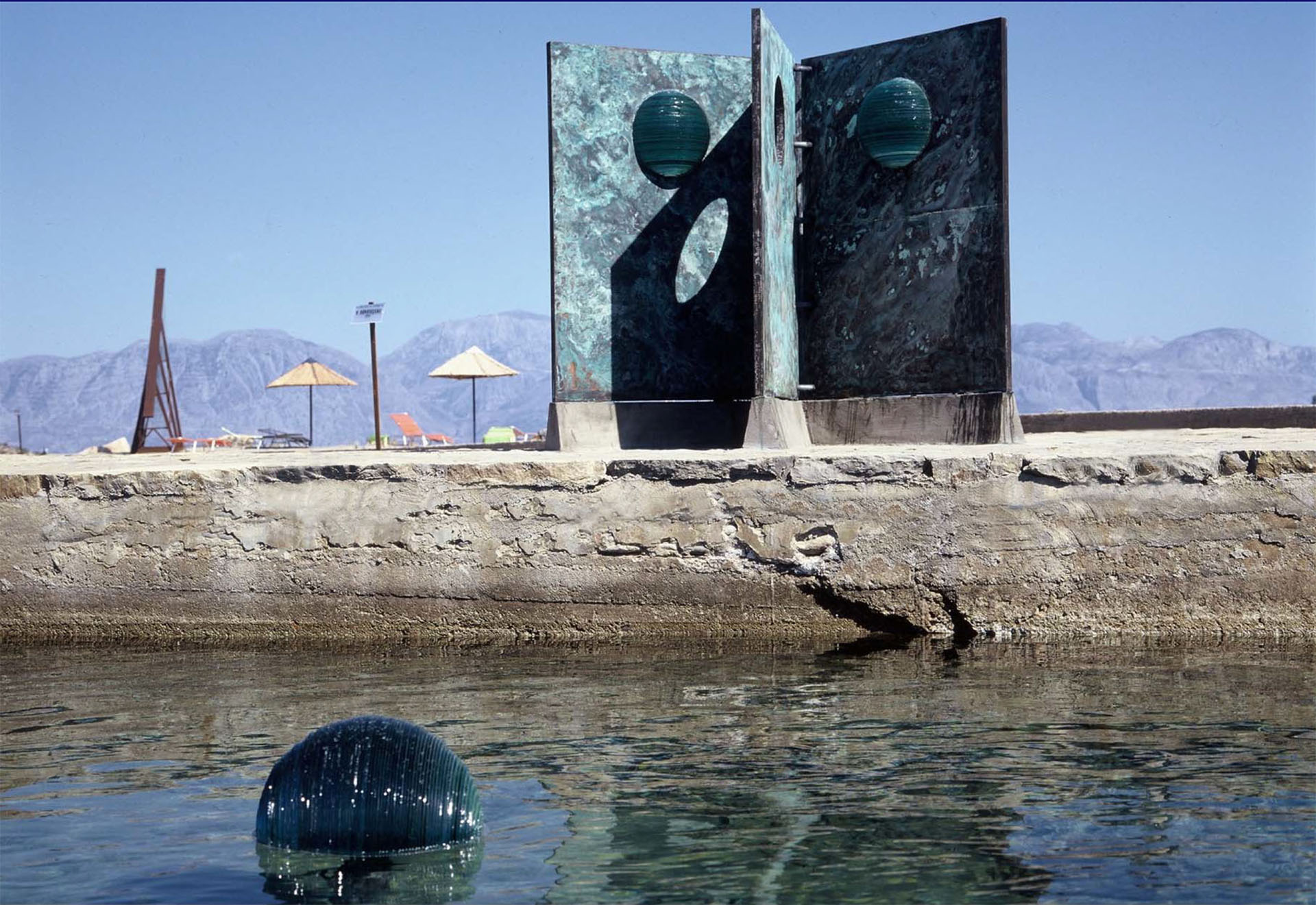 Sometime in the night, Sappho whispered into the woman’s hands
“There is a light that blinds my eyes, just the way hyacinths do.”
Light?
The woman had to go towards the light.
A seaway.
“The sea.”
The sea is everything.
Time flew by.
The woman was now on the boat.
En route to Lesbos.
Stars everywhere.
The woman couldn’t hold her head up.
Her head could hit the stars.
The Moon was like a wheel of cheese amidst the stars.
The waves were crashing.
Their foam appeared on the face of the moon like small tatches.
The woman dreamed…
What if a little mouse took a bite of this cheese wheel
And left a chasm on the Moon’s cheek…
Tonight was not like any other.
It had arrived on the horns of the Hourrian bull
So, why couldn’t it be?
Would Apollo be furious about it?
Teshub descended upon the woman and covered her.
The hyacinth, the little mouse and the woman fell asleep.
Everything was silent, tacit and plain.
They woke up to the sound of ringing bells
With pavid, intimidated and open hands the waves pointed to the sky.
The woman turned to look.
Reality could not be a dream
But her dream had become real.
There was a chasm on the Moon’s cheek!
Oh! All the Gods!
This must have been a joke played by Apollo, Poseidon, Teshub and Sappho.
After all, Gods’ and poets’ affairs could not be questioned.
The woman did not inquire.
The dark chasm on the Moon’s face gradually grew… it grew
The woman seemed to remember that the mortals called this the “Eclipse of the Moon”
She left her hair to Teshub and uttered, “nonsense”.
“Who can eclipse the Moon?”
I.
The woman’s inner voice that led her to blindness where she could see her eyes better, just like hyacinths said: I.
The woman knew how she could eclipse the Moon.
She collected all the round pebbles she could from the coasts of Lesbos.
There were plenty.
The woman wrote on the pebbles.
“There is no spite or hate in us,
My heart is that of a child.”
Sappho bent down to the woman’s hands and whispered.
The woman wrote all he said onto the pebbles.
Pebbles like the Moon.
She held them in her palm.
The pebbles warmed.
She let them sink into the sea one by one.
Teshub, Apollo, Poseidon and Sappho all watched.
There wasn’t another soul.
The woman was at ease as if she was doing something ordinary.
The Gods were bewildered.
The woman was certain; she could eclipse all the suns and the moons.
She let the last moon-round poem pebble drop into the sea.
The last moon-round poem pebble did not sink.
It remained thus, on the surface of the sea that was everything.
It rolled left… and… right.
The woman envisioned a book in her mind.
On them she placed the spheres, life itself.
One of the spheres was in love with the sea.
It went to the sea.
The woman didn’t hold it back.
For that was the last moon-round poem pebble.
It should never sink.Teshub, Apollo, Poseidon and Sappho called out,
“Hey! Ludingirra’s friend, the woman who eclipses the Moon…”
Their voices crashed into my hands.
Yes, I am her.