You have the chance to choose among different ages of territory in Istanbul!

Istanbul’s builders have chosen a lithological entity since the very first day; the biocalcarenite.

Biocalcarenite is a stone that began to came into being when seas raised and transformed into pieces of territory. It holds sea shells from 60 millons years ago in it. It is 60 millons of years old.

I don’t know how old Architect Kyriakidis was when he built the Frej Apartment in the 19th century but he chose the 60 millions years old biocalcarenite.

Sarkuysan bought the Frej Apartment in 1983.

While I was doing its restoration in 1988-89, I used, like Kyriakidis, the 60 million years old biocalcarenite. I was 30.

Frej Apartment / Sarkuysan Building stands on the northwest of Haliç, on Şişhane Boulvard, that is in Galata. There is something unique to those area including Pera! It is the only geological area within the city boundries of Istanbul, that was came into being during the carboniferous formation.

What is this carboniferous? It is the oldest 5th era among the 11 geological ages that the world has passed. In this era, continents approached to each other, the climate got warmer, giant forrest flora has evolved and they caused the mermerization of coal. The reptilien were seen for the first time, mountains were erected, volcanoes were emerged, mammals showed great development, all living beings adapted to iced environment, equador rain, dry earth and warm.

Well, while this happened in the northwestern area of Haliç, in Galata, Pera, Karaköy, other parts of Istanbul were still under water.

We just walk over it today. We pass in front of it, we look around it!

I put 150 magnifying glasses on the front side of the Frej Apartment.  So that you can see all memories and the experience of those stones. You will join into this shared memory while looking through those magnifying glasses. 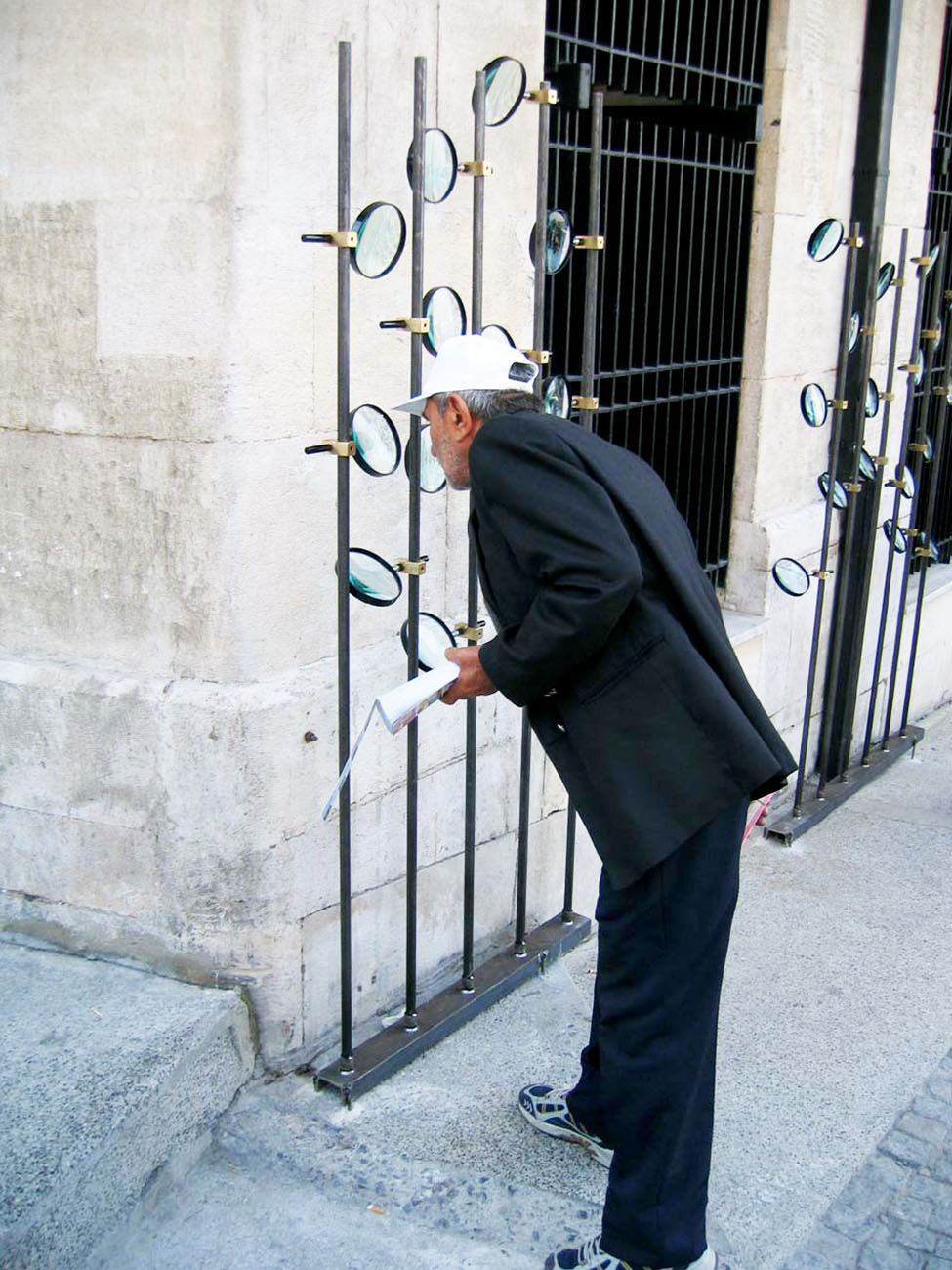 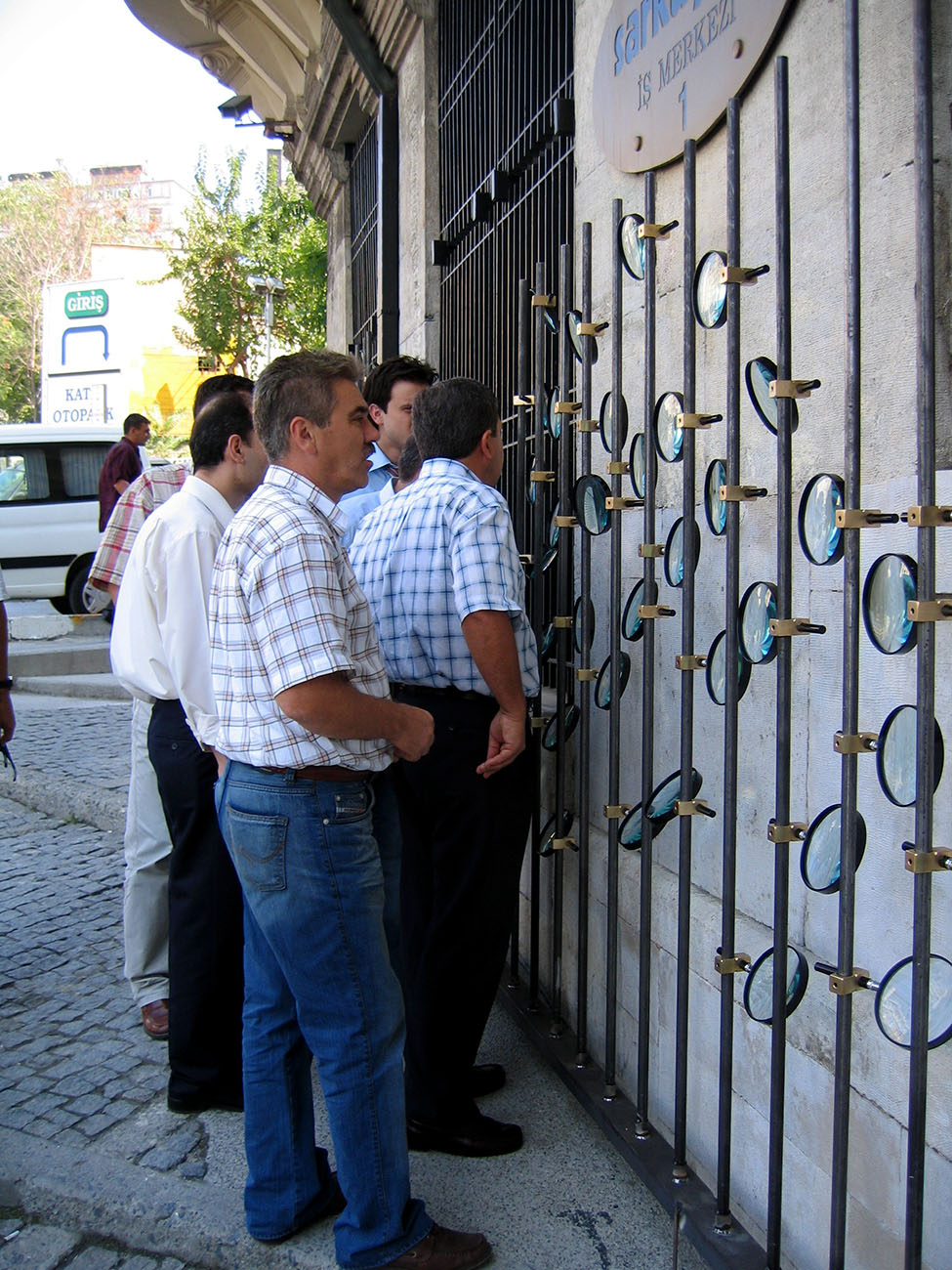 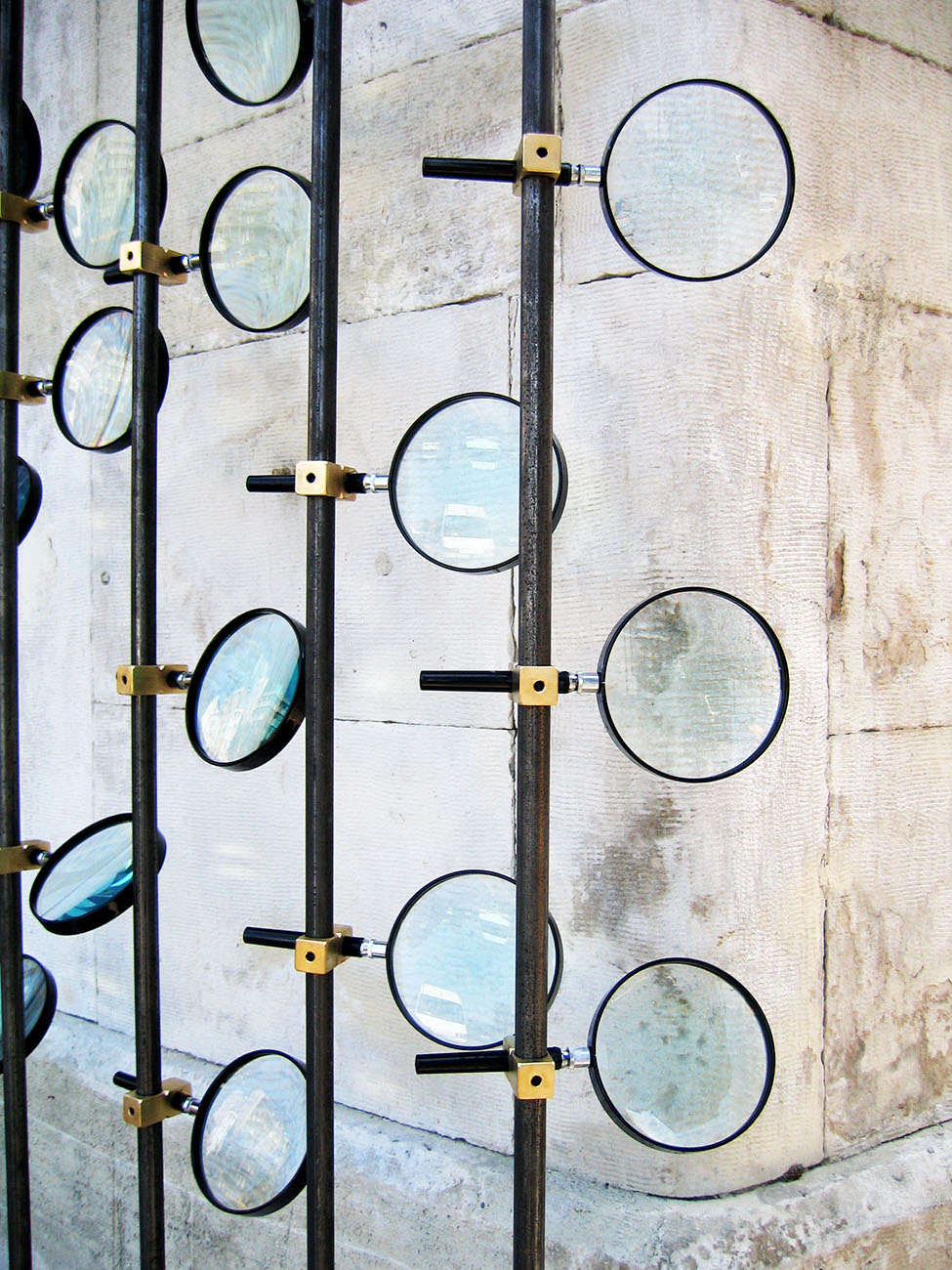 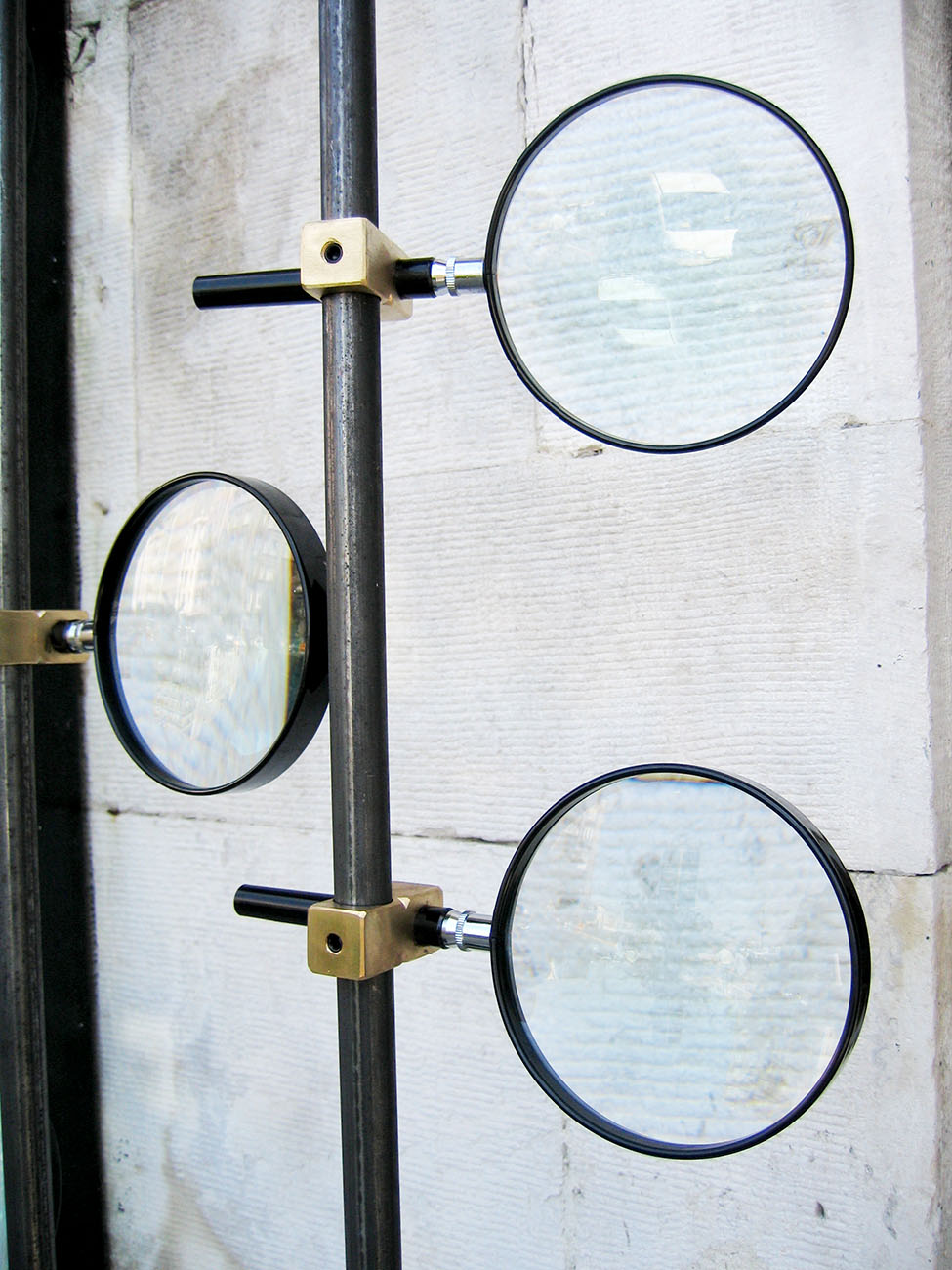 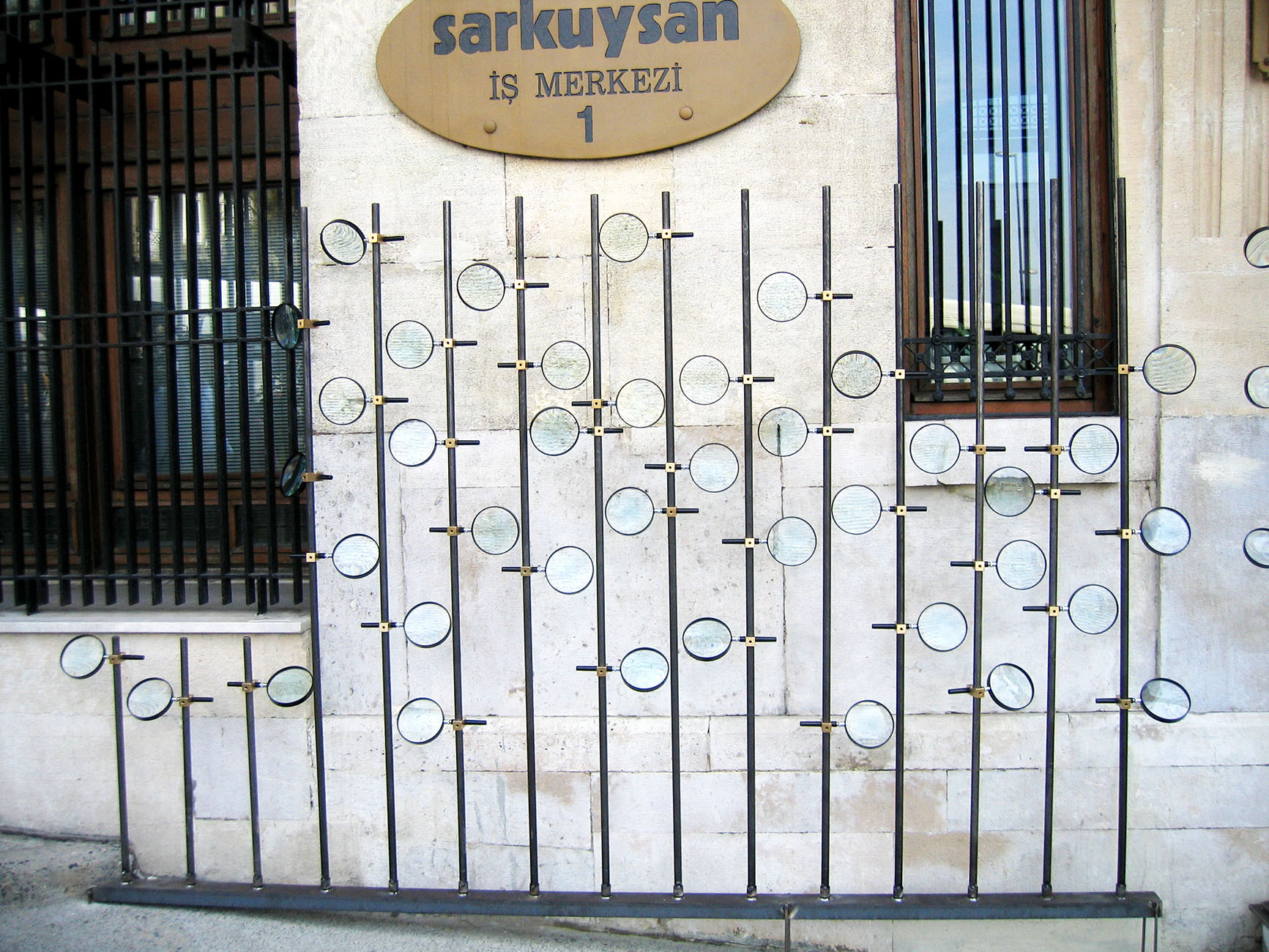 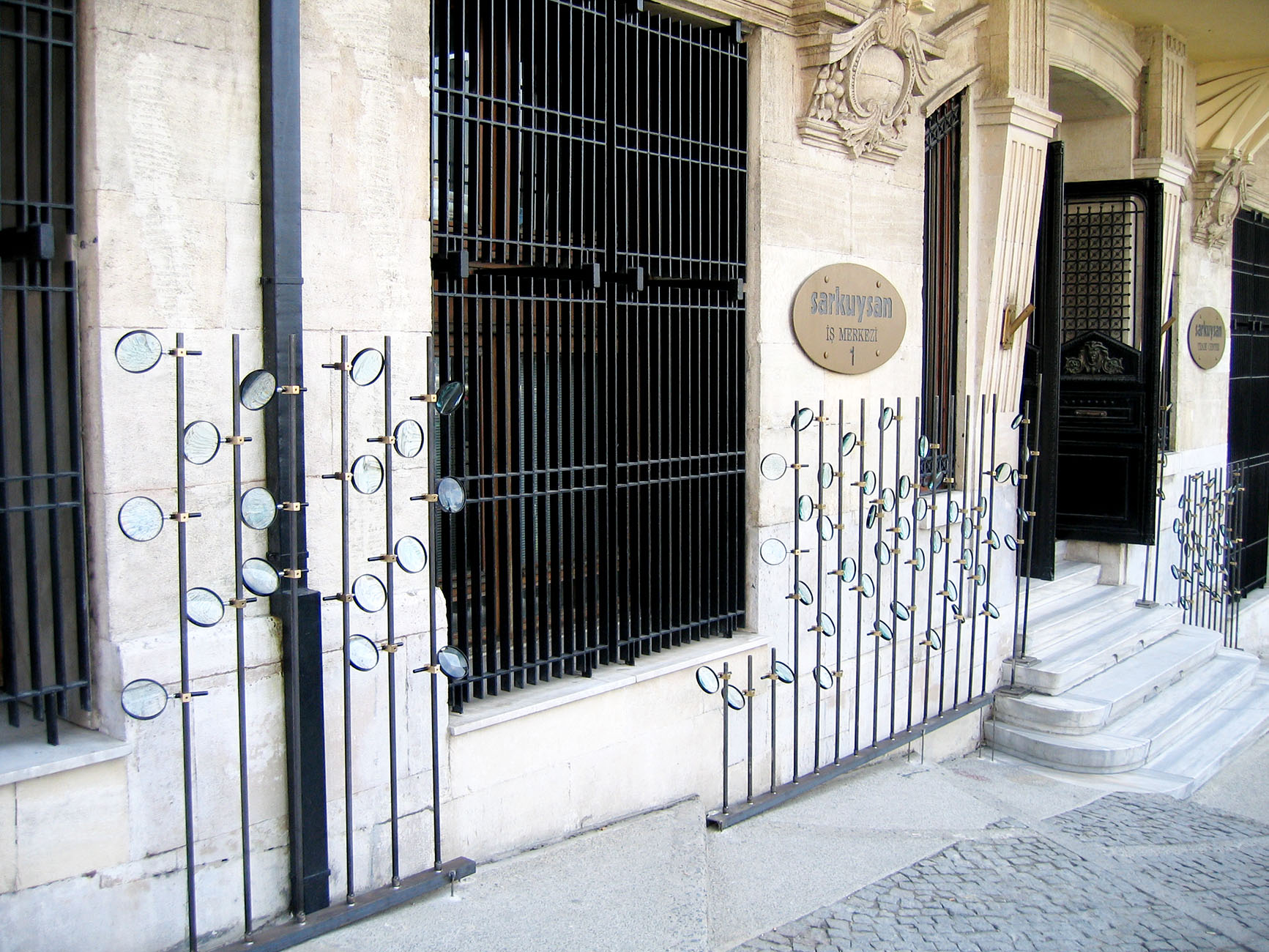 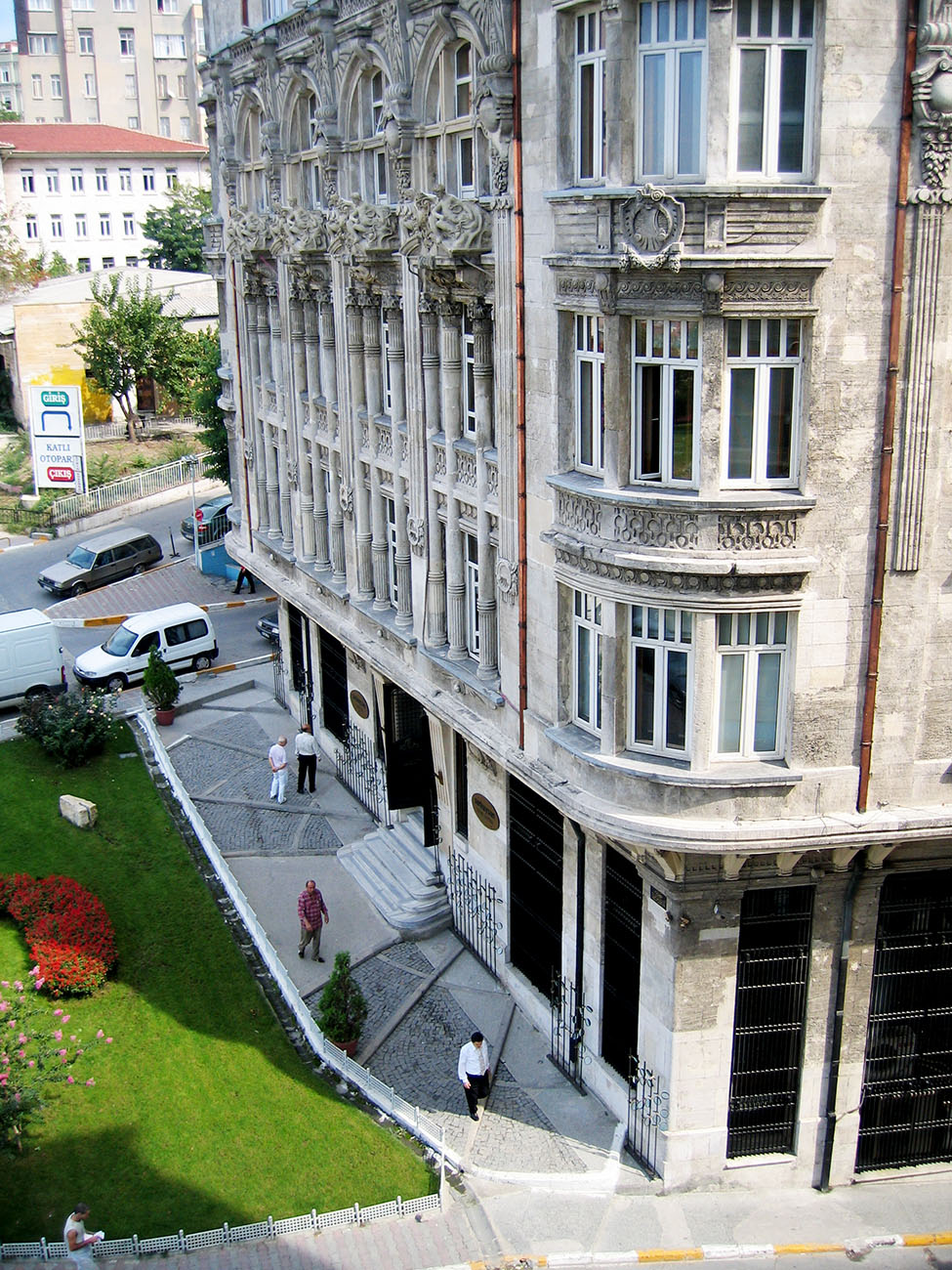